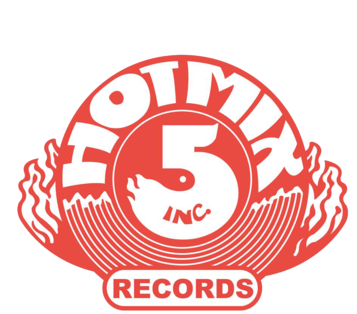 Born in the shadow of the steel mills on the South Side of Chicago, Mickey Mixin' Oliver was destined to help bring the underground sound of house music to the masses. As a founding member of the ground breaking Chicago radio mix show team on 102.7 WBMX, collectively known as the Hot Mix 5, Mickey drew global attention to house music with his incredible DJ mixes.

House music was considered to be the new sound of the urban underground, which was first spun in Chicago.

As house music began to spread in Chicago's clubs, an urban format radio station, 102.7 WBMX was looking to become a force to be reckoned with in the Chicago market. Program Director Lee Michaels decided that the best way to go about it was to put together a group of the most talented and cutting edge DJs around.  Mickey ‘Mixin’ Oliver was selected by Michaels for this new concept. The others who joined him at WBMX were Farley "Jackmaster" Funk, Kenny “Jammin” Jason, Ralphi "Rockin" Rosario, and Scott “Smokin” Silz.  Called ‘The Hot Mix 5’,they set the standard for all others to follow, pioneering many of the turntablism tactics that have influenced the best DJ's even to this day.

Mickey then began his very first syndicated radio mix show on the Star Stream Radio Network, which was ultimately followed by the Satellite Music Network, a division of ABC where Mickey became syndicated on over 100 stations from coast to coast. Next, Mickey appeared with his branded mix show on SIRIUS Satellite Radio.  He’s been spreading house music to appreciative fans around the world performing at places like the Mecca of dance music itself, the Balearic Island of Ibiza!

Mickey Oliver started Hot Mix 5 Records, along with Kenny Jason & Ralphi Rosario. They produced and released many hits, as three have stood the test of time as being in the Top 12 All-Time House Music Records, “In-Ten-Si-T”, “You Used To Hold Me”, and “Never Let Go”.

The Chicago Bull’s basketball legend himself, Michael Jordan, commissioned Mickey to provide the music soundtrack to a documentary for the Michael Jordan Foundation, for which Mickey wrote the song "Pick Me Up." Offers by the sports world began to follow. He edited the music for the Chicago Bulls, their Cheerleaders the Luvables, and for various Sports Networks.  He also wrote and performed the main song in the #1 Box Office Hit Movie “Red Heat”, starring Arnold Schwarzenegger and James Belushi.

Mickey Oliver has been named by the London Observer as one of the 10 most influential DJs of all time.   The City of Chicago has recently recognized Mickey for his contributions to Dance Music and has named a street after him called “Mickey Mixin’ Oliver Blvd”,making him a part of American History.

Mickey has recently Produced, Directed and Starred in a 10 Episode Television Series called Intensi-T TV.  This TV show has aired on DirecTV, Channel 354 the Resort & Residence Channel and on Dish Network’s Colours TV, as well as many Fox and ABC affiliates.

Mickey recently produced a theatrical Live Stage show on the Las Vegas Strip inside the Planet Hollywood complex.  This theatrical show combines Mickey’s original Billboard charting songs, plus very clever remakes, along with Mickey’s Masterful turntable techniques and keyboards all performed live. This is the first theatrical live stage presentation of a DJ House Music show. Mickey Oliver has always taken his rightful place at the forefront of dance music.

Mickey composed, produced and sang one of the top songs of 2011 called “As Days Go By”.  This hit single charted on Billboard’s national dance chart for 11 weeks, while topping out at #16.

Mickey in 2012 was nominated as a Grammy semi finalist for the best Electronic Dance Music Production.   Today he is singing his first ever solo “Losing My Religion” which is getting Radio and club play worldwide.  Mickey’s Intensi-T TV is now appearing on many of America’s Airports’ monitors and annually being viewed by over 600 Billion airport travelers across America.

In addition, Mickey is producing a forthcoming musical on the story of House Music called “Revolution Chicago” which is a lighthearted story about how House Music grew out from the streets of Chicago.   Look for this production to begin previews on Sept 6th at the Stage773 Theater.